The Inspiration Behind The Book 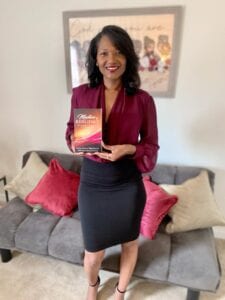 I was emotionally and mentally moved by the suicide of a fellow soldier I served with in the Army. Months after the suicide, the suicide rate amongst the Armed Forces continued to increase. As a result, leadership mandated suicide prevention group discussions. 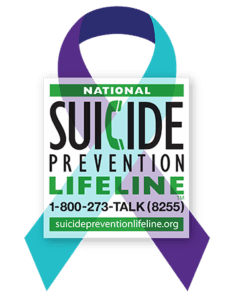 During one of those mandatory group discussions within my unit, a soldier shared his story about how he too had once contemplated suicide. This led to other soldiers sharing their personal experiences as well. Many spoke about how they were able to overcome those tough times by seeking help. Witnessing this impactful moment of vulnerability, I became inspired to write a book to highlight individuals who displayed strength and resilience during the most difficult times of their lives. I realized that the raw uncensored true life stories of those who overcame life-altering events are effective in the healing process of others.

“I sincerely believe that these stories have the potential to encourage individuals who are dealing with similar adversities, not just suicide. My heartfelt desire is for this book to be used as a tool or resource; with the purpose of leading individuals on a path of healing and restoration!”

Key Messages From Our “Masters of Resilience” 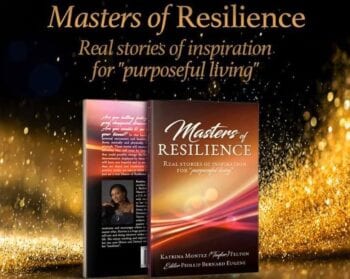 Life-altering events can lead to times of self-reflection, drawing you closer to your purpose or calling in life. We discover our strengths or desires to create new things, find a new career, and start a business, organization or movement. There is no greater feeling than coming to the realization of your existence here on earth. It’s an even better feeling  to enjoy doing it while making a positive impact on your community.

Push through, seek help, be resilient, and know that the Creator strategically placed you on this earth after he designed and molded you. No matter what the obstacles look like, never give up! You too are a “Master of Resilience.”… (Purposeful Pain page 81)

Anything is possible. You can overcome any issue if you are surrounded by the right people and if you are committed to fixing the problem. There is always someone you can talk to and somewhere
you can go for help… (JT’s Story page 9)

Give yourself a break. It’s impossible to know everything. There is no way to see beforehand what’s ahead of you. It’s okay that you didn’t know the solution to your particular problems. We all make mistakes. Don’t get stuck in your past… (Eva’s Story page 15)

Reach out to someone who inspires you, someone who is a positive influence. Be determined to break any generational curses. Know that you do not have to live in an unstable, unhealthy, toxic environment, and get help… (Shakiya’s Story page 23)

If you are being abused in any way, end the misery and get help as soon as possible. Tell someone immediately. Contact any and every one who can help you get away from your abuser. Whether its law enforcement or family members, the faster you get help, the faster you can heal… (Shannon’s Story page 29)

Just because something terrible happens to you once, twice, or even three times, like me, your life hasn’t ended. Keep fighting! It’s not over. Try to make a difference. You can impact the lives of others, even if you don’t think you can make a difference in yours…(Shy’s Story page 39)

You may feel like you are in a hole, and there is no way out, but every cloud has a silver lining. Regardless of your situation, just stand up and take that first step toward recovery… (Chris’s Story page 47)

Our investments are like our purposes in life. Sometimes they are doing well, and we have fulfillment.
Other times they go down and we despair, and believe they’ll never go back up. But if we don’t pull them out of the market, in other words don’t end our lives, then we have a good chance of seeing them again…(Ron’s Story page 55)

Get to know God and understand the characteristics of who he is. If you really know God, your
posture will not change even when the situation changes. I can boldly say that even if my husband
had passed on, my posture of knowing that God “got this” would not have changed… (Quette’s Story page 63)

You have to become spiritually tough to manage the pitfalls and the hurdles of life. Get in tune with who you are. Love yourself. Find your purpose and stay committed to fulfilling your objective against all the odds… (Charles’s Story page 73)

Are you battling feelings of hurt, depression, grief, disappoint, stress or even suicidal ideation? Are you unable to see the light at the end of your tunnel? In this book, real life people share their personal encounters and hardships that could have destroyed them; mentally and physically. However, their trials led to a triumph. These stories will encourage you to push through your adversity. You will even be inspired to share your own story that could possibly change the lives of others. The strength and determination displayed by those highlighted in each short story will leave you hopeful and in awe. When you affirm that better days are ahead and implement the work required to change, positive results are sure to await you. You too will discover that you are a true Master of Resilience. 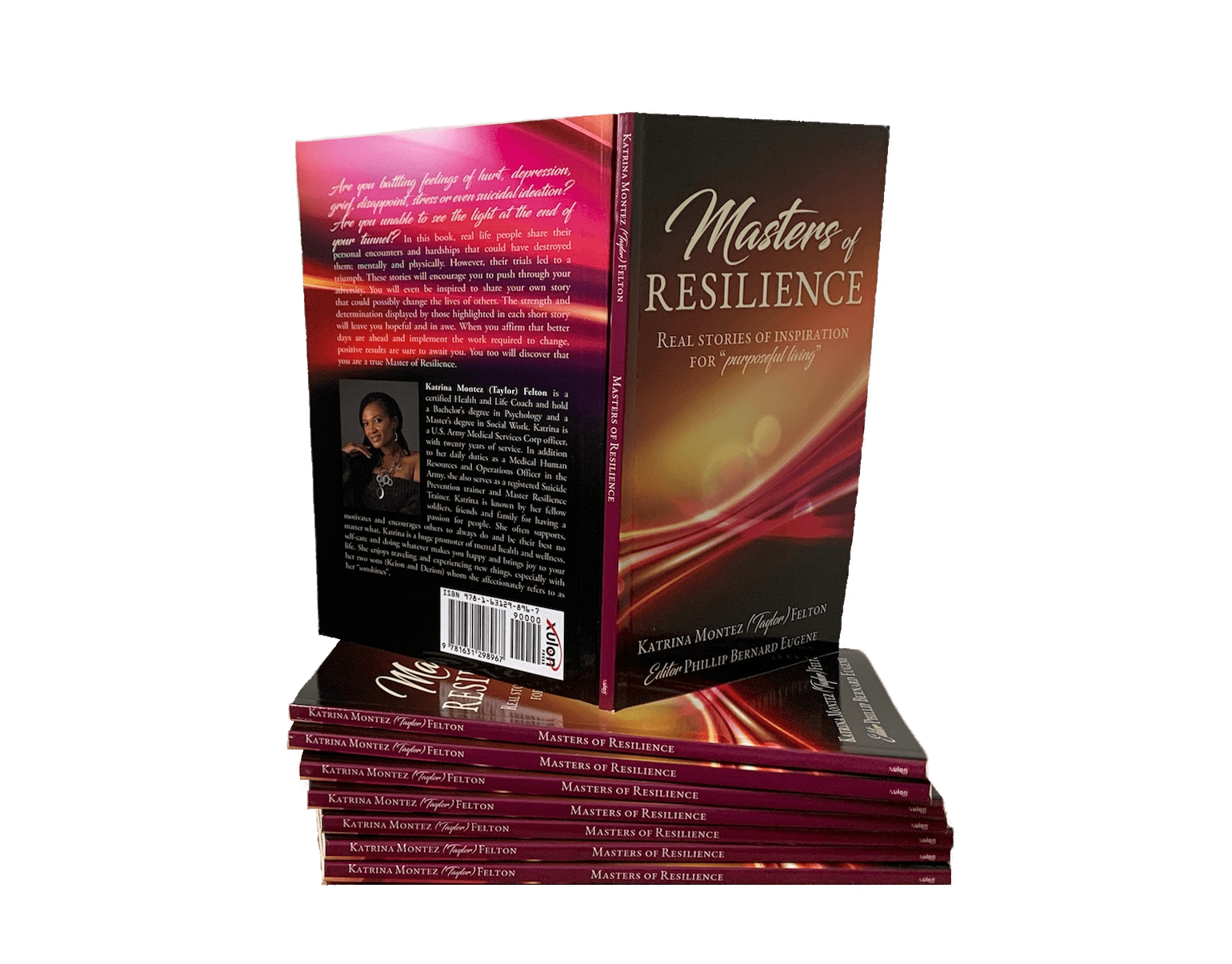 What Our Supporters Are Saying:

Subscribe here in order to stay up to date with my upcoming events, speaking newsletter, and specials.